Before Marina started working on spatial bias in species distribution models and the SEABCRU database, she spent a couple of summers exploring the efficacy of driven transects in detecting bats in the low bat-density habitats around Lubbock. In our arid, largely treeless, waterless plain (the study was conducted during a 4-yr drought), stationary bat detectors remain silent, and pretty much the only way to detect bat activity is by extending the spatial extent of sampling by driving. This has implications for others surveying and monitoring bats in arid environments, and her findings are out this week in the J. Arid Environments. This is open access until December 9th. 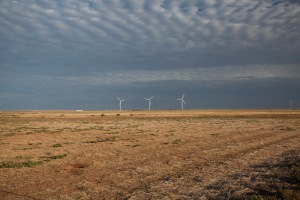